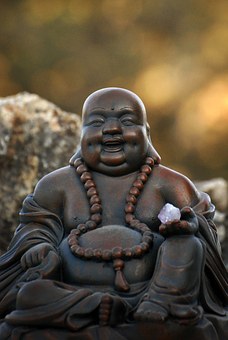 I was raised within the Christian liturgy of the Roman Catholic Church. I studied to become an “alter-boy” to assist the priest in conducting mass and performing other rituals. I was taught to have faith in a loving, forgiving, all-powerful invisible being called “god” who watched over all things and all people.  I was taught that this imaginary “god” had impregnated a woman through “immaculate conception” resulting in the birth of baby Jesus - the son of “god.”  I was told that our “god” was the "one and only true god” - all other religions and belief systems, even other Christian-based churches, were either misguided, bad, evil, corrupt, or blasphemous and it was sinful to attend non-Catholic church services.

By the time I was twelve, I felt Catholicism to be critically flawed and filled with contradictions. Everything revolved around the principle of guilt - just being born you were stained with “original sin” and where a loving all-powerful “god” allowed harmful/bad things to happen to kind, loving people.  I became disillusioned after witnessing the hypocrisy of members of our congregation who faithfully attended church, while committing egregious acts against their family and other people.  Additionally, strict belief in Catholic liturgy precluded believing in astronomy, evolution, anthropology, and other branches of science, if we truly believe that Earth is only 6,000+ years old.

When I left the “Church” at twelve, I began to investigate other cosmologies that offered a more cogent belief system not dependent upon blind, unquestioning, faith in and allegiance to an imaginary being.  I investigated many alternate ideologies and belief systems held by non-Christian people around the world, including India, Japan, and First Nation Peoples of North America.

It was through this process, while in Vietnam, that I discovered Buddhism.

Buddhism is the world's 4th largest spiritual practice.  It encompasses numerous branches that vary based upon by cultural differences and historical interpretations, however all branches embrace and teach the same core principles first developed and taught by Gautama Buddha in India over 2,500 years ago.

Buddhism provides a rational, objective path for living your life.  It is free of blind faith and belief in an all-seeing, omnipotent, imaginary being.  It doesn’t include guilt as a motivator and does not consider Buddha to be a god or a divine being.  The word ‘Buddha’ is a title, 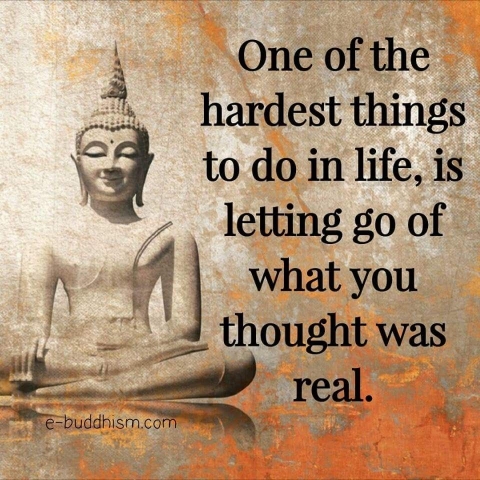 which means ‘one who is awake’ — in the sense of having ‘woken up to reality."  The Buddha was simply a mortal man named Siddhartha Gautama, born in Nepal, who became awakened to a fundamental truth of existence.  It is his teaching of this truth for which Buddha is respected and honored.  And all of the different statues and figures representing Buddha are to be used as symbols of remembrance of the Buddha's teachings, not as any divine deity.

The fundamental truth of existence, as taught by Buddha, is that we all live in constant dissatisfaction, because of our expectations and attachment to emotions, things, or circumstances that are impermanent and we wish that our present circumstances were different.  Buddha used the Pail term "dukkha” to define this condition, which is the first of the Four Noble Truths.  In English, dukkha is most often translated and interpreted as “suffering” - however, this is misleading, often resulting in confusion for new, as well as veteran, practitioners of Buddhism.  In reality, dukkha, is much more complex and nuanced.

I have taken refuge in the Three Jewels of Buddhism, the the Buddha, the Dharma, and the Sangha, as a member of the Blue Mountain Lotus Society.  The Blue Mountain Lotus Society is founded upon the principles of Engaged Buddhism as originally developed by Vietnamese Zen Buddhist monk, Thich Nhat Hahn, to apply the insights from meditation practice and dharma teachings to situations of social, political, environmental and economic suffering and injustice.

I offer below and upper right menu links on this web site and other links to topics concerning engaged Buddhism, meditation, Buddha’s fundamental teachings, and other resources where you can learn, investigate, and develop a deeper understanding about Buddhism's history and how it is practiced around the world. 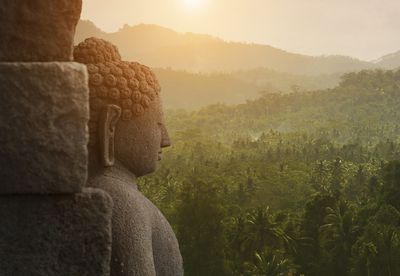 Caveat Lector (reader beware)!  It is important to note that there are many web sites and other sources asserting knowledge of Buddhism, proclaiming that "this quote" or "that saying" or “this idea” is attributable to the Buddha - however many of sources are mislead, misquote, rephrase with broad editorial license, or a outright false or bogus.  As with many things introduced into Western culture, capitalism has hijacked and is exploiting Buddhism in many ways: the Buddha's name, its meanings, its symbols, ideology, and teachings - all for profit.  One very glaring area is in greeting cards and trinkets with sayings and quotes falsely attributed to the Buddha.  The majority of these short sayings and quotes were simply not said by Buddha.  I’ve included a link to a site named Fake Buddha Quotes, which is dedicated to exposing quotes and sayings erroneously attributed to the Buddha.  Also, I caution you to not rely on any single source for information on Buddhism.