The title, Biosphere Earth, is derived from the concept of Gaia theory as defined by James Lovelock and Spaceship Earth, as conceived by Buckminster Fuller  is a closed system that displays all of the fundamental characteristics of an integrated living organism having self-regulating processes and feedback systems that foster and maintain an amazing diversity of life forms.  In the 1960s, scientist John Lovelock developed the Gaia hypothesis, which proposes that the Earth forms a complex interacting system that can be thought of as a single organism.

Named after the Greek goddess Gaia, the theory states that the biosphere is a globally inter-dependent, inter-connected, self-regulating environment that acts to sustain and promote life.  As we learn more about the inter-dependency of the Earth's bio-systems and the complexity of the ecological, physical, biological, meteorological, atmospheric, and oceanographic interactions, it is become apparent that the Earth is more than a composite of disparate independent elements.  Articles published NewScientist, Nov 2017 and in TheScientist, Oct 2018 indicate that Earth's entire crust could be teaming with living organisms, making the Gaia theory quite relevant today.

"Findings from the underground frontier are also pushing scientists to consider how subsurface microbes—and the reactions they carry out—influence global processes occurring above the surface. “I’m quite sure that people don’t really think about that,” notes Jørgensen. “That they’re walking on this enormous biosphere that could have a really significant impact on how the system works.” 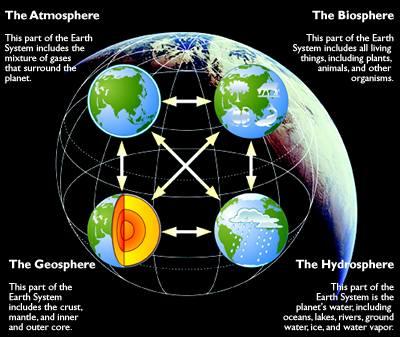 Scientists are finally beginning to realize that all 1.9+ billion species of life on Earth are interconnected and interdependent - even minor alterations to habitat can have dramatic consequences on all species within the habitat.  Dams on our rivers continue to restrict fish species migration to essential spawning grounds decimating breeding stocks.  Continued forest clear-cutting destroys essential species habitat, removes huge swaths of climate moderating carbon sinks and escalating rapidity of soil erosion. Industrial scale mono-crop agriculture that demand toxic chemical fertilizers and broad-spectrum lethal pesticides that poison our soils for generations. Rapid global transportation and travel rapidly spreads highly invasive, sometimes dangerous, species into fragile ecosystems. Asphalt paving, coupled with large flat roofed buildings, trap heat from solar energy previously absorbed by forests, crops, and pasture.   We can no longer afford to ignore these consequences - all life on Earth depends upon collective proactive response to to the global tipping we have reached.

All of these activities have resulted in massive impacts on the natural balance of our shared environment.  There are hundreds of examples of the destruction, chaos, disruption, and devastation create unintended consequences that result from the 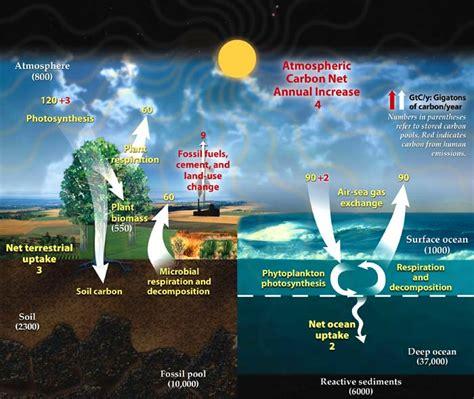 intentional, but naive, or accidental introduction of these non-native species.  We humans are preforming these activities on a global scale, which is all being driven through the extraction, burning, and processing of carbon-based fossil fuels.  Yet governments and corporations continue to chase short-term gains and personal profit over long-term preservation and management of the health and stability of our shared home.

Our lack of understanding of the ecological complexity of Gaia, allows us to continue destroying the rainforests, at the same time pumping tremendous amounts of heat-trapping greenhouse gas into atmosphere, which is causing habitat destruction that is increasing the pace of species extinction and reducing planetary biodiversity.  The rapidity of these actions is testing Gaia's
capacity to minimize the influx of greenhouse gases in the atmosphere. This drastically disrupts Earth’s inherent stability control systems, which increases the likelihood of runaway global warming.  One critical result is global warming of the oceans, which is pushing the warmer waters of the tropical oceans into the nutrient-rich Arctic and Antarctic waters, preventing the rise of oceanic nutrients into the surface waters and eliminating the algal blooms of phytoplankton on which oceanic food chains depend. As phytoplankton and forests are the main ways in which Gaia sequesters greenhouse gases, particularly carbon dioxide, from the atmosphere, the elimination of this environmental buffering will see large swaths of the earth becoming uninhabitable for humans and other life-forms by the year 2100.

The evidence is clear for anyone who observes climate and environmental changes.  There is no denial that global sea levels are rising and polar and Greenland ice caps and mountain glaciers are melting faster than the models predict.  We may already be beyond the tipping point of terrestrial climate resilience into a permanently hot state that places all species of life within the Biosphere at risk, including homo sapiens. 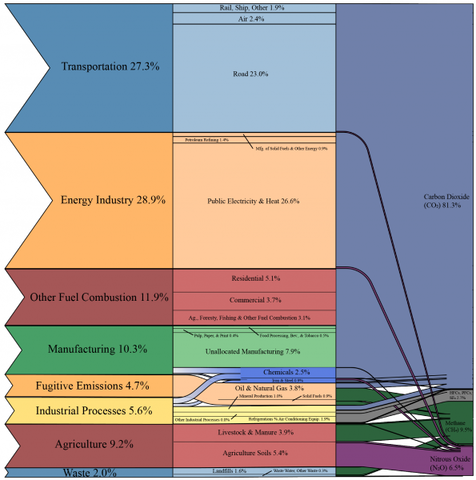 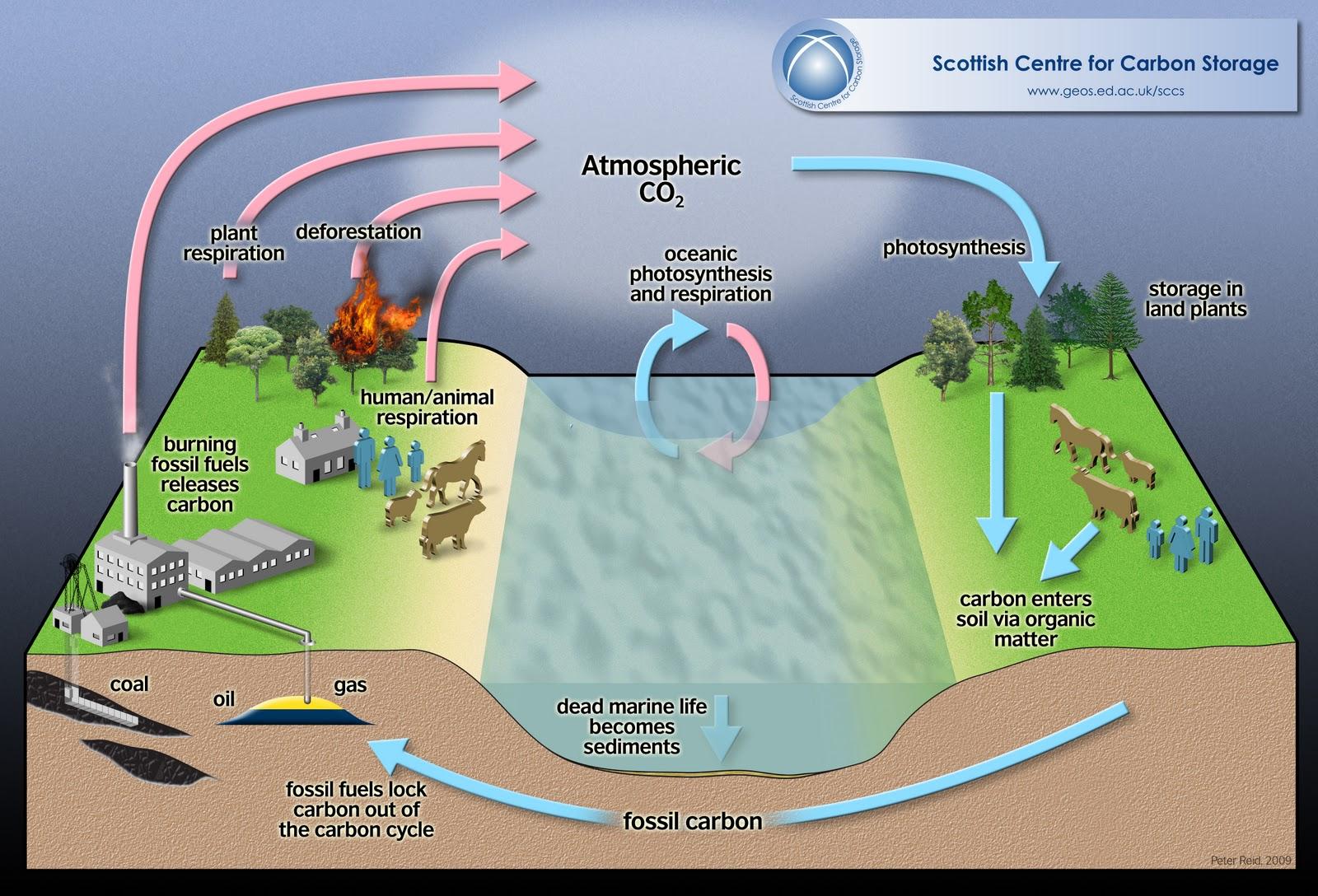 ly know it.  Numerous in-depth studies have been conducted, reports written and shared.

People who continue to obstinately deny the effects of anthropomorphic climate change are either afraid of losing their modern conveniences or have financial interests in technology or fossil fuel resources that would be effected by admitting that our life styles are responsible.

And please understand that we are beyond the point of using technology to stop the effects of climate change - the feedback loops established as a result of atmospheric carbon concentration are well-developed.  It will take an enourmous cultural, economic, political, social, technological, behavioral changes to counter what we have placed into motion over that last 150 years of fossil fuel-driven industrialization  At this point all we can do is develop strategies to adapt our behavior to climate change and develop/deploy technology, processes, behavior patterns that will reduce our carbon emissions.

In the links provided in the upper right of the page, I've provided more detailed information on climate change issues, adaptation initiatives, renewable energy resources, and actions you can take to help restore more ecological  balance in your day-to-day activities.

Please refer to the following resources for more detailed information.

References and Resources on this site